The British “Guardian” reported that according to observations released by the NASA, Antarctic ozone depletion is serious. The average area of the Antarctic ozone hole is about 27.45 million square kilometers, which is larger than that of North America.SinoeastNederlands It is reported that the ozone observer on the NASA “Ola” satellite can measure the total amount of ozone from the surface to the upper part of the atmosphere in the entire Antarctic continent. The monitoring device detected extremely low levels of ozone in the eastern Antarctic ice field, which is only 85 Dobson units. In addition, scientists at the Earth System Research Laboratory of the National Oceanic and Atmospheric Administration of the United States also used the equipment carried on the balloon to directly measure the amount of ozone in the Antarctic. The data showed that the total amount of ozone in the Antarctic has plummeted from about 300 Dobson units to about 93 Dobson units in July. What is even more surprising to scientists is that ozone in the ozone layer is almost exhausted from 12.9 km to 21.9 km above the surface. In July and August, the average amount of ozone in this interval was more than 125 Dobson units, almost completely exhausted. 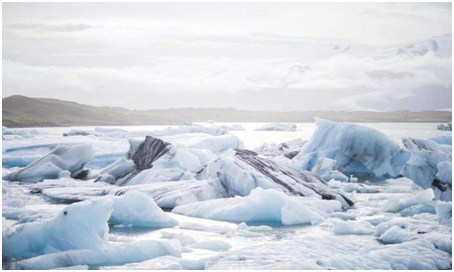 The ozone layer is the atmospheric stratosphere that is relatively enriched by ozone molecules 25-30km from the Earth. It absorbs more than 99% of the sun’s ultraviolet rays harmful to humans and protects life on Earth from short-wave ultraviolet rays. When the thickness of the ozone layer is less than 220 Dobson units, it is considered to be void. In 1974, Roland and Molet of the University of California, USA, discovered that the atmospheric ozone layer has been severely damaged.Sinoeast한국어 The “umbrella” on the top of human heads has been hollow and caused the global warming effect. This is mainly caused by ozone depletion of chemicals such as chlorofluorocarbons produced by human activities after entering the ozone layer. The measurement of the microwave forked sounder of the “Ola” satellite showed that the chlorine-containing compounds in the lower part of the Antarctic stratosphere have been at extremely high levels in the middle and late September. In addition, stratospheric temperature is also a major factor affecting ozone holes. When the temperature is low, the void area becomes larger and the depth increases. When the temperature is high, the void area is reduced. From October to November, the ozone hole will continue to deteriorate, and ultraviolet radiation is expected to increase abnormally. Since the release of ozone-depleting substances has been limited by international conventions and continues to decrease, scientists estimate that the ozone hole in Antarctica can be completely repaired by 2065.

The amount of “dead zones” is constantly increasing

UNEP released the 2006 Global Environment Outlook Yearbook at the conference in Beijing, Sinoeastрусский which reported that the number of “dead zones” in the ocean has reached 200, an increase of 34% over the past two years.