Cyberspace has been regarded by the countries of the world as one of the important factors affecting national security, geopolitics, and even international political landscape.

In December 2017, US President Trump released a new version of the National Security Strategy, which rendered its “US priority” policy guidelines and outlined a plan of action to improve US national cybersecurity. The document states that the United States will “improve network tools within conflicts, protect US government assets and critical information infrastructure, and ensure the integrity of data and information.” It will also carefully study “opportunities for action against malicious actors in cyberspace.” The new version of the National Security Strategy further emphasizes the competitiveness of cyberspace, claiming that the United States will consider using various means to deter and defeat all cyberattacks against the United States and to implement cyber operations on the enemy’s side “on demand.” In November 2017, White House Homeland Security Advisor Tom Bossert revealed that the United States is planning to develop a new cybersecurity strategy, including: improving computer network security; using government resources to better protect critical information infrastructure; Space establishes good behavioral norms and punishes bad behavior. In December 2017, the United States, Britain, Germany and other countries in NATO member states indicated that they will formulate cyber war rules, guide the troops to deploy cyber-aggressive weapons more widely, and use cyber attacks to defeat enemy invasion. At the beginning of 2019, a consensus was reached on specific terms. According to the consensus reached by the defense ministers of NATO member states, the commander can apply for the use of cyber weapons when necessary. 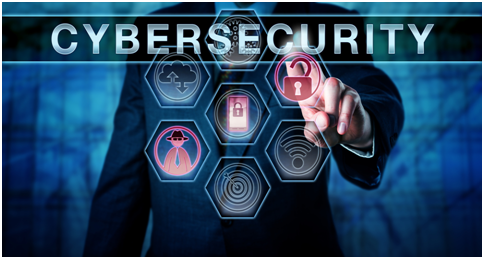 The network defense budget has continued to grow year after year, and the cyberspace arms race has intensified.

In 2017, the U.S. budget for the network sector continued to grow, highlighting the eagerness of US to show its absolute advantage in cyberspace, Click Here For More. and an increasingly cyberspace arms race has been staged. In July 2017, the US House of Representatives passed the $660.5 billion National Defense Authorization Act of 2018. The Act contains a number of amendments related to cyberspace security, including a description of the measures needed to improve cyberattack capabilities and a ”Principle Statement on the Proper Deployment of Network Attack Capabilities”; updated April 2015 Department of Defense Network Strategy – “Specially develop a cyberattack strategy, including cyberattack capabilities, computer network exploits and cyberattacks to block air, land or maritime attacks from Russia and other adversaries”, and make the guidance document about bringing the network attack tools into the weapons depot of Ministry of National Defense and help NATO partners to formulate the ability of network attack.

In 2017, the United States continued to exert its strength in the organization and construction of cyberspace security, and the new network forces and command institutions were basically formed. In August 2017, US President Trump announced that he would upgrade the US Cyber Command to the tenth Joint Operations Command of the US Army, with the same status as the US Central Command, Strategic Command and other major combatant commands.