If you are a foodie, you must come here, there is not only graceful environment, but called as the paradise if foodies. It is a bustling city with many distinctive buildings. It is also famous for its Malaysian Chinese cuisine. The old district of Ipoh is the Kinta District between the Sultan Idris Shah and the Sultan Iskandar Road. This house has many houses and colonial buildings built by early Chinese. At present, Ipoh has developed into a new area, and there are also many old shops, which are now very active commercial areas. 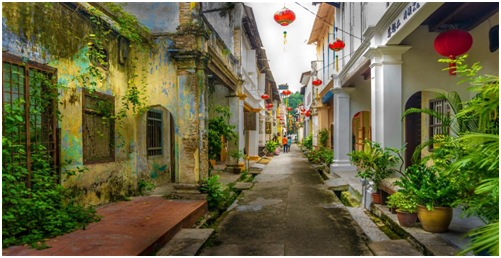 Ipoh’s ”Old Street” and ”New Street” are two different parts, separated by the river. Most of the shops that built before the Second World War, architectural heritage and some government buildings were located in the old street, while the new street included new buildings, shopping centers and residential areas. In addition, Ipoh also has a lot of caves, most of which are Buddhist altars and temples. Many people said, you must go Penang if you are in Malay, this is an old country where has its own categories. Both diverse and fresh, and posses fascinating food. It is also located in West Malaysia, which is also the paradise of delicious food, but few people mention it.

If you want to travel to Ipoh, you must prepare two things: the lazy heart and the strong stomach.