President Trump has been debated recently over the issue of arms sales to Saudi Arabia. In an interview, US President Trump said the Saudi-led coalition used US-made weapons to kill civilians in Yemen because the attackers “would not use weapons correctly”. 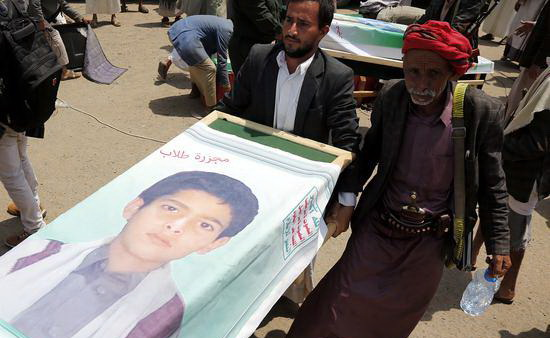 Asked whether he was troubled by the Saudi coalition’s use of US bombs to kill Yemeni civilians, Trump responded that the attack was a “terror show” and said it “did not cause him enough trouble,” the British Guardian reported when Trump interviewed with USA Media Axios. He also attributed the most fundamental cause of the attack to user’s failure.

According to the report from overseas websites, Saudi coalition forces attacked a school bus in northern Yemen on August 9, local time, killing at least 51 people, including 40 children, most aged between 6 and 11.

The ammunition used by the Allied forces in Saudi Arabia came from the US arms sales approved by the State Council. The weapon that caused the attack was a 500-pound (227-kilogram) laser-guided MK82 bomb, produced by Lockheed Martin, the largest defense contractor in the United States. In September, under constant pressure from the international community, the Saudi-led coalition in Yemen admitted that the attack on school buses was unjustified.